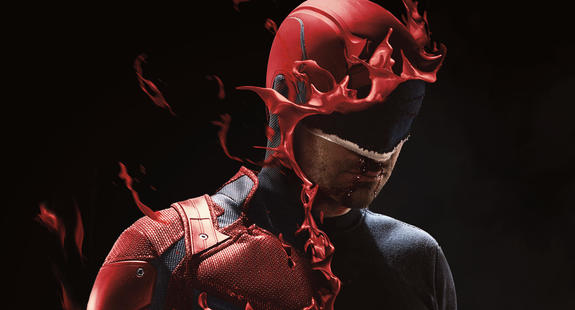 If you haven't heard the news...

Whether its declining ratings or Disney pulling back Marvel intellectual properties in support of their own upcoming streaming service, it looks like the Netflix Defenders corner of the MCU is closing up their street-level shop.

Netflix has decided against renewing Daredevil for a fourth season, with a stated decision to "close this chapter on a high note."

"Marvel’s Daredevil will not return for a fourth season on Netflix,” Netflix says in a statement given to Deadline.. “We are tremendously proud of the show’s last and final season and although it’s painful for the fans, we feel it best to close this chapter on a high note. We’re thankful to our partners at Marvel, showrunner Erik Oleson, the show’s writers, stellar crew and incredible cast including Charlie Cox as Daredevil himself, and we’re grateful to the fans who have supported the show over the years."
Posted By nwcomicgames at 7:31 AM