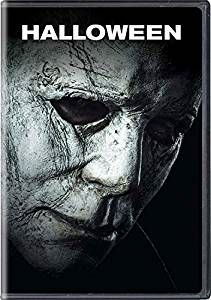 Halloween (2018)
Language: English
Genre: Horror
MPAA rating: R
Director: David Gordon Green
Actors: Judy Greer, Jamie Lee Curtis, Virginia Gardner
Plot: Forty years have passed since Michael Myers attempted to murder Laurie Strode. Laurie has spent that time preparing for his return, and will do anything to stop him once and for all. The opportunity arises when Myers escapes from a crashed asylum bus - and both have unfinished business. 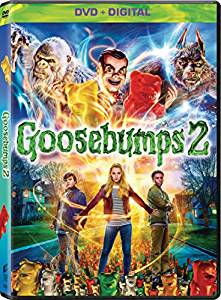 Goosebumps 2: Haunted Halloween (2018)
Language: English
Genre: Adventure/Comedy
MPAA rating: PG
Director: Ari Sandel
Actors: Madison Iseman, Wendi McLendon-Covey, Chris Parnell
Plot: A group of friends are in for one unforgettable Halloween when they come across a locked R.L. Stein manuscript called "Haunted Halloween" and when they open it, unleash some of the author's most dangerous creations upon their unsuspecting town.
Posted By nwcomicgames at 6:16 AM