Millenium's founder/CEO Avi Lerner issued a statement regarding the allegations, which he called "fake news," saying he has his company stand by Singer.

"I continue to be in development for Red Sonja and Bryan Singer continues to be attached," said 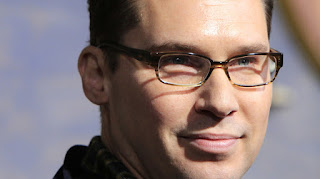 Lerner in a statement to The Hollywood Reporter.

"The over $800 million Bohemian Rhapsody has grossed, making it the highest grossing drama in film history, is testament to his remarkable vision and acumen. I know the difference between agenda driven fake news and reality, and I am very comfortable with this decision. In America people are innocent until proven otherwise."

Singer was fired from Queen biopic Bohemian Rhapsody during filming before being quietly rehired for the editing process. That film garnered two Golden Globes awards, and multiple Oscar nominations, though Singer has been largely absent from accepting or promoting the film's accolades.

The recent allegations of sexual assault and abuse against Singer are the latest in a series of accusations that the director groomed and assaulted multiple young men and boys throughout his career, and are detailed in a recent report published in The Atlantic which includes statements from several of Singer's accusers.

No projected release date for Red Sonja has been announced.
Posted By nwcomicgames at 6:36 AM