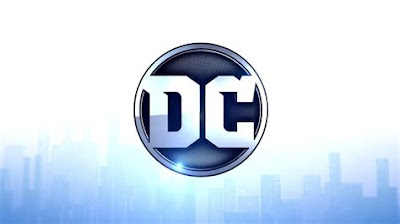 As reported Yesterday, DC Comics will be short three ongoing series. According to advanced solicitations obtained by Bleeding Cool, DC has decided to send Titans, Damage, and Scooby Apocalypse to the chopping block.

Most surprisingly, DC has apparently decided to pull the plug on Dan Abnett's Titans run after three-plus years. Amidst a critically-acclaimed live-action show on DC Universe, the Warner Brothers-owned company has decided to go in a new direction creatively when it comes to the Titans comic. The last issue of the current run will be issue #36.

"'Into the Bleed' finale! It’s all been building to this! Witness the battle for the fate of the entire Multiverse as our heroes tackle Mother Blood and her armies of Unearth!" the Titans April solicitation reads. "Mother’s plan to use the Bleed to spread her power throughout every corner of the fabric of reality has reached its zenith, and she’s pulling out all the stops to see to it the Titans fail in stopping her. But even with Raven’s soul-self reunited, can the team rescue their heavy hitters Kyle Rayner and Steel before it’s too late? Don’t miss this melee of multiversal mayhem! FINAL ISSUE"

Also not too surprising is the cancellation of Scooby Apocalypse, a bizarre take on the classic Hanna-Barbera characters. Though originally expected by critics to end rather shortly, the series defied expectations and lasted a full three years. Much like Titans, the final issue of Scooby Apocalypse will be #36. The solicitation text for the final issue can be found below.


"Don’t miss the series finale! It’s the end of the road for the Mystery Machine! With their mall headquarters destroyed, Daphne, Shaggy, Velma, Scooby-Doo, and, yes, Scrapy-Doo prepare for their final battle with the Nanite King. will the resurrected Fred Jones be the key to humanity’s redemption– or its annihilation? And in the final chapter of our Atom Ant epic, all of our guest stars vote on who gets to join the Justice League!"

So are you surprised by these changes? Tweet us your thoughts!
Posted By nwcomicgames at 6:31 AM