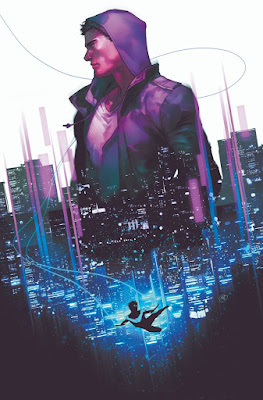 NIGHTWING #59
written by DAN JURGENS
art and cover by CHRIS MOONEYHAM
variant cover by YASMINE PUTRI
There’s a new team in town who will have to learn the hard way that fighting injustice doesn’t mean you’re cut out to be a superhero. As the newly formed Nightwings are forced to deal with a fiery threat they never saw coming, reluctant recruit Ric Grayson has to make the choice between a carefree life without capes or answering the call that’s been ringing his entire life—the call to be a hero. Join Ric Grayson and the Nightwings as they learn what it takes to be a team—and what happens when you fight who you truly are.
ON SALE 04.17.19
$3.99 US | 32 PAGES
FC | RATED T
Posted By nwcomicgames at 6:28 AM