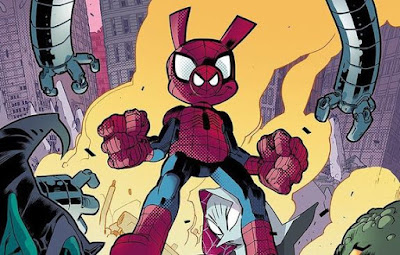 The annual will be written and drawn by Jason Latour with a cover from David LaFuente, seen here in both black and white and with colors from Rico Renzi.

In the story, which is largely still under wraps, it appears as though he'll be facing some of his classic animal-themed foes who mirror Spider-Man's arch-enemies, including Eelectro, the Buzzard, Mysteriape, and the Green Gobbler.

Amazing Spider-Man Annual #1 is due out in June.
Posted By nwcomicgames at 6:10 AM