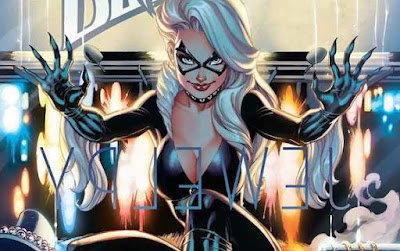 Spider-Man's rival and occasional paramour Black Cat is getting her own ongoing series this June, as first reported by ComicBook. Written by Jed Mackay with art from Travel Foreman, the series will be Felicia Hardy's first solo ongoing, though she's previously headlined her own limited series.

“The Black Cat is back and starring in her first ever ongoing series! Felicia Hardy has a taste for the finer things in life and a certain set of skills that can get her into any mansion, vault or museum to… 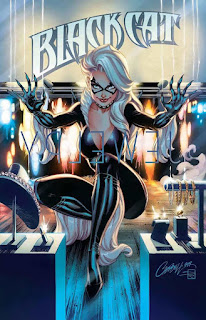 procure said finer things," reads Marvel's description of the first issue. "But due to her actions in Amazing Spider-Man, Felicia’s not only on the run from the police but also by the New York Theives’ Guild and their boss ODESSA DRAKE!

High octane heists, climactic chases and twist after twist that will keep you on the edge of your seat like a cat on a perch. IN THIS ISSUE- Find out a secret from Cat’s past in a bonus story that sets a foundation for the future! All this and an all new MARVEL MEOW short story by Nao Fuji!”

The launch of Black Cat comes on the heels of the character's key role in the blockbuster Marvel's Spider-Man Playstation 4 game and a series of appearances in the Amazing Spider-Man comic book series.

Are you excited?
Posted By nwcomicgames at 6:29 AM