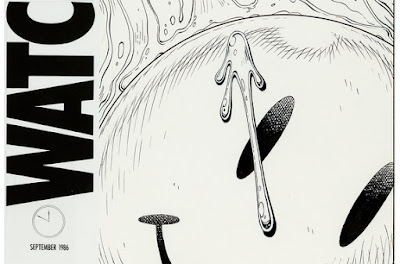 What goes around, comes around, and the iconic cover art to Watchmen #1 just came around again.

The original cover artwork just sold for $228,000 at a Heritage Auctions auction earlier Thursday. The seller, who declined to be identified, was the same person who bought it at a Heritage auction in 2013 for $155,350. All prices reflect Heritage’s standard 20% buyer’s premium added in.


The piece of comic book history had a high bid of $180,000 on Internet pre-bids before the live auction started. Three minutes worth of live bidding brought the art to its final price. 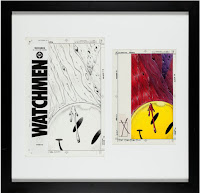 It also came with a nice bonus this time: The original color guide for the cover was included as well, and the two pieces came matted and framed. The color guide itself sold for $7767.50 in 2013.

All 12 original Watchmen covers by artist Dave Gibbons were bought as a lot at a 1993 Sotheby’s auction by then-Wizard magazine publisher Gareb Shamus. Shamus paid $18,975 for the lot after buyer’s premium. Shamus also bought the color guide from art dealer Scott Dunbier for $50. It was Shamus who consigned all the lots for auction in 2013. The covers had been publicly displayed at the WizardWorld Philadelphia convention in 2009.
Posted By nwcomicgames at 6:21 AM