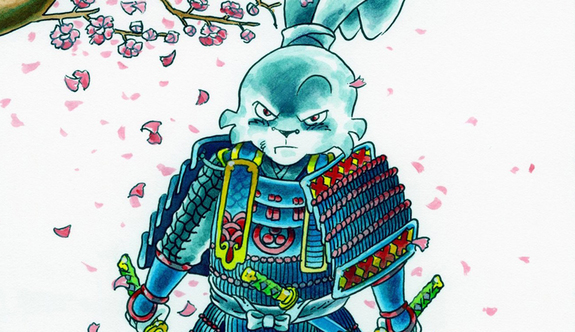 Stan Sakai's creator-owned series Usagi Yojimbo is jumping to IDW Publishing after 24 years with Dark Horse Comics. First reported by the New York Times, the character's IDW era will begin with a new ongoing series and collections of all of the previous stories.

"[Usagi Yojimbo] is mainly fantasy and action and adventure, but there’s a lot of teaching there, too," Sakai told NYT. "I draw from that history and culture and folklore to make my stories."

The new volume of Usagi Yojimbo will begin with a three-part story involving bunraku (Japanese puppetry).

The move from Dark Horse comes 11 months after the Usagi Yojimbo series was relaunched with a new #1 to encourage new readers to jump in and not be dissauded by the series' high-numbering; the previous volume ended at #165 in January 2018.

With the move to IDW, Usagi Yojimbo now shares a comic book home with Nickelodeon's Teenage Mutant Ninja Turtles franchise, which Sakai's creator-owned character has crossed over with on numerous occasions in comic books, action figures, and animation.

In February 2018, Gaumont Animation announced that it was developing a Usagi Yojimbo animated series.

IDW's Usagi Yojimbo #1 is scheduled to debut in June.
Posted By nwcomicgames at 6:38 AM