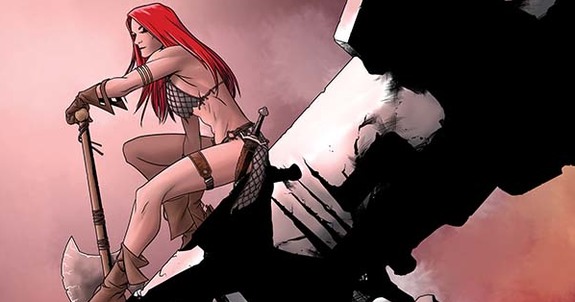 In movie news.... Millenium Films has pulled its planned Red Sonja film directed by Bryan Singer from its slate. In s statement given to Deadline, a company representative said "the project is not on the slate at the moment and is not for sale at the [European Film Market] in Berlin."

Currenly underway, the European Film market is where studios promote movies to distribution companies for circulation in European markets. The Red Sonja film was on Millenium's slate at the American Film Market back in November 2018.

According to the Hollywood trade, Millenium originally planned for Singer to begin shooting Red Sonja this year in Bulgaria.

This comes after new sexual misconduct allegations against Singer by four new male accusers were reported in The Atlantic on January 23. Immediately following the publication of that report, Millennium Films CEO Avi Lerner re-stated his support for Singer and the intent to move forward with the project. Last week however, Lerner said his comments "came out the wrong way.

“I think victims should be heard and this allegation should be taken very, very seriously,” Lerner said. “I just don’t agree to judge by Twitter. I want [the accused] to be judged by the court.”

Singer has denied the new allegations, calling the The Atlantic journalists "homophobic."
Posted By nwcomicgames at 6:27 AM