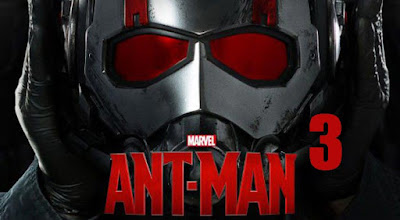 Ant-Man and the Wasp’s Hank Pym actor Michael Douglas says he’s heard talk of a third film in the series about the diminutive superheroes – though as usual, there’s nothing set in stone.

"There's been talk [about another Ant-Man]... [but] there's been nothing formal right now that I know of," Douglas said during a Television Critics Association event (via Entertainment Tonight). "They always kind of spring it on me. The first time you hear about it, it's already in its third rewrite."

Back in October 2018, Ant-Man and the Wasp director Peyton Reed said he was “hopeful” for a third film, telling ET “Well, I hope that we get to do a third one. I'm being completely sincere when I say we really don't know yet, because I know in the run up to the next Avengers movie, everything is being played very, very close to the vest.

“But as we were writing and shooting this movie, we certainly set things up in this movie that we hope we get to pay off,” Reed continued. “And we talked a lot about everybody’s arcs and where we want everybody to go next. So, I'm really hopeful that we'll get to do a third one, because I really do. I really have fallen in love with these characters and I think there's a lot more story to tell with them.”

Douglas’ Pym was last seen turning to dust alongside Hope and Janet Van Dyne in Ant-Man and the Wasp’s post-credits scene as a result of Thanos’ “snap” – however the film’s villain, Ghost, seemingly survived capture, potentially setting up a redemption arc in a future film.

Pym’s protégé, Ant-Man, will play a key role in April 26’s Avengers: Endgame.
Posted By nwcomicgames at 11:26 AM