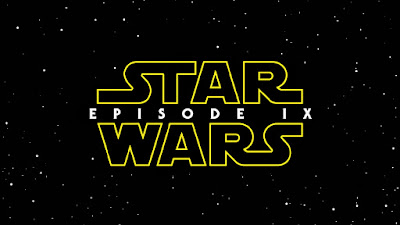 Until we get some solid details about Star Wars: Episode IX, fan theory is free to run wild with ideas of what the Skywalker Saga finale will bring. One growing focus of Episode IX's fan theories has to do with the Knights of Ren, and their relationship with their leader, Kylo Ren / Ben Solo.

Rumors have pointed to Star Wars: Episode IX finally bringing the Knights of Ren into the spotlight - though not in the way fans many have expected. Now a new theory is introducing another possibility closely-related to the Knights of Ren: That there's a going to be someone new who dons Kylo Ren's armor and helmet!

Inverse is the site where this theory originates. It basically posits that the Star Wars: Episode IX costume images that leaked earlier this year were actually real - including the reappearance of Kylo Ren's helmet, which was seemingly smashed during The Last Jedi. The theory points out that Kylo Ren isn't just a name - it's a title. Kylo is identified as the master of the Knights of Ren by Snoke in The Force Awakens, which could arguably mean that his helmet is a symbol of leadership in the group. It's believed that due to this system of rank, Episode IX will see Kylo Ren dethroned as leader of the Knights of Ren, and a new member will step up to claim leadership - and the iconic helmet that goes with it.

This theory isn't as wild as it may initially seem. For one thing, it connects back nicely to current theory that Episode IX will introduce a new threat to the Star Wars universe, from a region known as "The Beyond." That same theory claims that the Knights of Ren will be tied to this new threat - either bringing warning of its approach, or in possession of (or under the possession of) this new threat.

In either case, the result would be the same: The Knights of Ren return to the known regions of the galaxy, only to find their so-called master isn't the leader they want or need him to be. That would definitely spark a coup for leadership, and could be the way that one of the new Episode IX cast members (like Matt Smith?) fits into the story. It would also be a good way to finally have Kylo come back toward the light of Ben Solo, and unite with Rey to truly bring balance to The Force.

Thoughts?
Posted By nwcomicgames at 8:21 AM