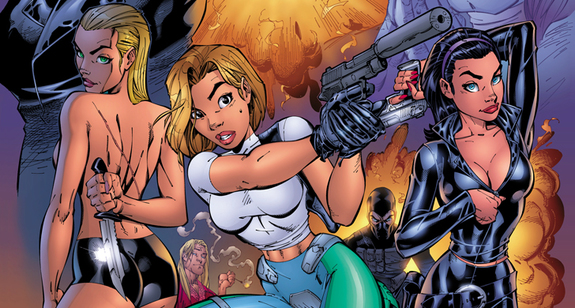 Kick-Ass 2 director Jeff Wadlow has signed on to Constantin Film's adaption of J. Scott Campbell and Andy Hartnell's Danger Girl, according to Variety.

The female-centric James Bond meets Charlie's Angels super-spy series launched in 1998 as part of the creator-owned Cliffhanger imprint (an offshoot of WildStorm, then part of Image Comics) and was last published by IDW.

The film's producers describe lead character Abbey Chase as "one of the most iconic female comic book characters along with Captain Marvel, Black Widow, and Wonder Woman."
Posted By nwcomicgames at 6:36 AM