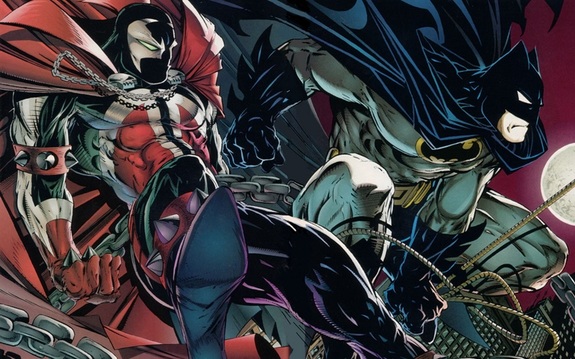 Todd McFarlane is working with DC for the first time in a quarter century - but this time, he's doing it in his other medium: toys. At Toy Fair earlier this month, McFarlane Toys announced a three-year deal to produce action figures from DC comics, TV, and films titled DC Multiverse beginning in 2020.

“It’s interesting that I’m not sitting here going ‘oh, they’ve all been doing it wrong’; that’s not my goal,” McFarlane told Newsarama.. “My goal is to acknowledge that there is this 365 day, evergreen brand called DC Multiverse and at the top of this list is Superman, Batman, and Wonder Woman and just do all this high-quality stuff that we’re known for and I don’t think we have to reinvent anything.”

McFarlane also explained about how he’s going to approach not just the hardcore collectors, but the everyday fans who just like the characters.

“Every few months, there’s always a new fan coming in and saying ‘I like those characters’. I just don’t need to overthink it,” he said. “I think if you overthink it, you start to add things that start to jack up the price and I always have been price sensitive.

We’ll do some two-packs and things that Amazon can spend more money on, but at its core, I just need to do those characters right in a variety of looks that people can just pick the ones they want.”

In recent years DC has produced a number if artist-specific lines ranging from Jim Lee to Ivan Reis; could the same be happening, with a McFarlane-designed line of DC action figures? Short answer: "yes."

“I think the answer is yes. Now, do I want to do designs based on TV shows as well? Of course I do. Then do I want to do an interpretation of comic book-designed look, yes. So if people like those, we’ll give them to them," McFarlane said.

"Now, if DC says, 'We just need a cool looking Batman,' then I get to put on my Todd McFarlane hat and go 'Okay, what’s that look like?' They’re pretty wide open to most of our suggestions. I’m not saying they’re going to approve every little thing we put out to them, but they’re saying if I have a cool idea in my head, then show it to them.”
Posted By nwcomicgames at 6:44 AM