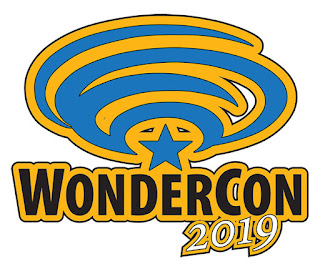 DC will host a Batman birthday bash honoring the 80th anniversary of the iconic Super Hero Batman at this year’s WonderCon, taking place in Anaheim on March 29-31.

Here is the schedule events:

5:30-6:30p.m. THIS IS YOUR DC UNIVERSE – DC fans will get an in-depth look at the ground-breaking digital subscription service designed just for fans, DC UNIVERSE. The panel will feature the latest news on original live-action and animated series Doom Patrol, Swamp Thing and Young Justice: Outsiders, alongside a closer look at the incredible line-up of legendary DC films, epic animated movies, comic books, exclusive merchandise and more! Fans attending the panel will receive a show exclusive poster featuring the cast of the DC UNIVERSE series Doom Patrol! Room: North 200B

12:00–1:00 p.m. DC SUPER HERO GIRLS VIDEO PRESENTATION AND Q&A – Fresh off their brand-new series on Cartoon Network, the DC Super Hero Girls are coming to WonderCon! The world may know them as Wonder Woman, Supergirl and Batgirl, but not-so-typical teenagers Diana, Kara and Barbara, alongside their Super Hero friends, have much more to deal with than just protecting the citizens of Metropolis from some of the most sinister school-aged Super-Villains of the DC Universe. After all, being teens is tough enough, what with school, friends, family and the chaos that comes with managing a social life. But add super powers and a secret identity to the mix, and things can get a lot more complicated. Join executive producer Lauren Faust (My Little Pony: Friendship Is Magic, Foster’s Home for Imaginary Friends) and other members of the creative team as they share new footage and answer fan questions! DC Super Hero Girls airs Sundays on Cartoon Network (check local listings). North 200A.

2:30–3:30 p.m. DC MEET THE PUBLISHERS – Come hear firsthand the latest on the World’s Greatest Super Heroes from DC publishers Dan DiDio and Jim Lee. Combining humor, breaking news and filled with lots of surprises, this panel is the perfect place to find out what the Publishers have in store for your favorite DC heroes and villains. Room: North 200B

10:30-11:30 a.m. DC BATMAN ART ACADEMY – Sharpen your pencils and bring your notebooks because class is in session! To commemorate the milestone 80th birthday of the iconic Batman, a fan-favorite lineup of artists including Bernard Chang, Ryan Benjamin, and Mikel Janin will offer a unique look into their visual approaches to one of the greatest heroes of all-time - Batman! Room: 210

1:30–2:30 p.m. A LEGACY OF EVIL – CREATING DC VILLAINS – From The Joker to Lex Luthor, Black Manta and more, DC has created a legacy of the greatest villains in all of pop culture. A well-crafted adversary drives the plot of any story but most of all, they are the makers of Super Heroes. Come meet some of the writers and artists who’ve put their mark on the most wicked characters in the DC universe including Joëlle Jones (CATWOMAN), Scott Snyder (BATMAN: THE LAST KNIGHT ON EARTH), Sam Humphries (HARLEY QUINN), Joshua Williamson (JUSTICE LEAGUE ODYSSEY), Cecil Castellucci (FEMALE FURIES), and Adam Glass (TEEN TITANS). Room: 213AB
Posted By nwcomicgames at 6:52 AM