After Amy Hennig left Naughty Dog in 2014, the former Uncharted director and creator was picked up by EA, where she eventually found herself at the helm of a Star Wars game at Visceral Studios, a team popularized for making Dead Space.

However, after some years in development, EA not only cancelled the game last year, but shut down Visceral. And of course, Hennig departed EA.

For awhile, Hennig didn't talk about the game, its development, or cancellation, but that has recently changed.

Speaking to VentureBeat, Hennig revealed from the jump the project had challenges. Why? Because it was being made by Visceral, which was a "very expensive" studio to run due to its location in the 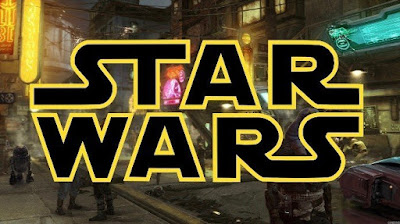 Beyond that, the game quickly ran into problems thanks to the engine it was running on: Frostbite.

As you may know, Frostbite is an EA-engine that was originally made for first-person shooters, and it's an engine many EA developers have struggled making other types of games in. In the case of the Star Wars game, Henning describes trying to make a "cinematic traversal action game" in Frostbite "a hurdle."

"But we knew going in that was the goal," added Hennig. "We were going to put this functionality into Frostbite. A lot of the team was hired to do Battlefield, and so that was a bit of a cultural shift, to make this different kind of game. Normally you cache for the project you're making rather than trying to--it's hard to convert the people you have if that's not their type of game."

According to Hennig, the game was further into development than people know, but then at one point EA, responding to the market, decided to switch the game's direction and design so that players could "come back and enjoy for a long time to come." And apparently the development team struggled with this transition.

"I think that where EA is at right now, they're looking more at games as a service, the live service model," said Hennig. "More open world stuff, trying to crack that nut, versus this more finite crafted experience. We were trying to make sure that we built in other modes and extensibility and all that stuff. But the fundamental spine of the thing was more like Uncharted than one of these open world, live service games. That's a big gap to cross.

"I don't know how you get from here to there. And then to try to push something that may not quite fit into the portfolio as it is today, and try to do it at this really expensive studio--it was a bit of an uphill battle."

That all said, at the end of the day, Hennig understands why EA decided to ignore its sunk costs and drop the project, but of course, she's also a bit crestfallen that the project she and others put so much work in will likely never surface.
Posted By nwcomicgames at 6:22 AM