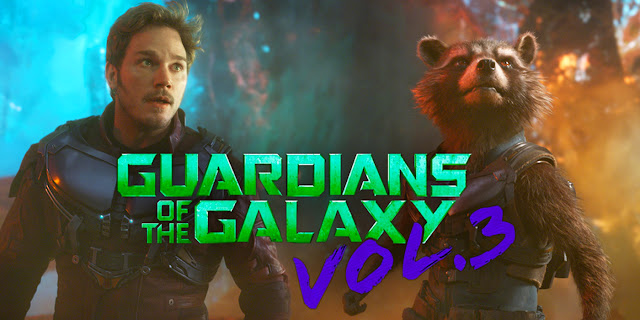 Yesterday, James Gunn has been re-instated as director of Marvel Studios' Guardians of the Galaxy Vol. 3, according to Deadline.

Back in July 2018, Gunn was publicly fired by Disney Studios CEO Alan Horn over offensive statements the writer/director had made on Twitter several years before he was hired for the original Guardians of the Galaxy.

"The offensive attitudes and statements discovered on James’ Twitter feed are indefensible and inconsistent with our studio’s values, and we have severed our business relationship with him,” Horn said in a statement at the time.

Gunn deleted the offensive tweets and apologized for his actions, and said he accepted Disney's business decision to fire him.

“My words of nearly a decade ago were, at the time, totally failed and unfortunate efforts to be provocative. I have regretted them for many years since — not just because they were stupid, not at all funny, wildly insensitive, and certainly not provocative like I had hoped, but also because they don’t reflect the person I am today or have been for some time,” Gunn said in a statement. “Regardless of how much time has passed, I understand and accept the business decisions taken today. Even these many years later, I take full responsibility for the way I conducted myself then.”

Unspecified individuals from Marvel Studios reportedly organized "multiple" meetings between Horn and Gunn in the intervening months, one of which was reported back in August 2018. According to Friday's Deadline report, Horn was swayed by those meetings - and Gunn's public apology - to re-hire the writer/director.

Despite unconfirmed reports to the contrary, Marvel Studios never "met with or considered" a replacement director for Guardians of the Galaxy Vol. 3, the online Hollywood trade is reporting. Early on after Gunn's dismissal, it was confirmed the studio planned to utilize Gunn's script - which had been turned in prior to his firing.

Immediately after Gunn's dismissal, the primary cast of the Guardians of the Galaxy franchise made a public statement calling for his re-instatement, with Drax actor Dave Bautista going so far as saying he would balk at reprising his role in the franchise again should the writer/director not be on-board.

The first two Guardians films have made a combined $1.63 billion at the box office worldwide, spawned two spin-off attractions at Disney's theme parks, and even influenced Marvel Comics to change the original comic characters to more closely align with the versions from the movies.

Neither Disney nor Marvel have released a timetable for Guardians of the Galaxy Vol. 3. While it was initially intended to debut in May 2020 prior to Gunn's firing, Gunn has since signed on to direct Warner Bros.' Suicide Squad sequel, reportedly titled The Suicide Squad. Deadline reports he will still direct the rival Warner Bros. feature currently scheduled for an August 6, 2021 release before returning to the Guardians franchise.
Posted By nwcomicgames at 5:24 PM