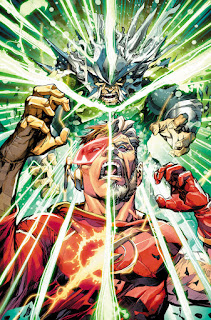 THE FLASH #74
written by JOSHUA WILLIAMSON
art and cover by HOWARD PORTER
variant cover by EVAN “DOC” SHANER
“The Flash Year One” continues! The Turtle has made his grand entrance, and it’s about to bring down the house! As an untested hero with the mastery of his abilities still in its infancy, Barry Allen will face the toughest challenge of his life to defend Central City from the invading forces of those who seek its destruction. Our hero is faced with the fateful choice to either become a superhero or die trying!
ON SALE 07.10.19
$3.99 US | 32 PAGES 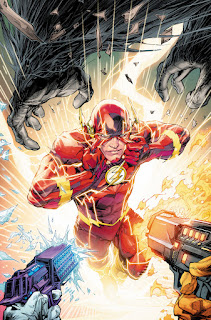 THE FLASH #75
written by JOSHUA WILLIAMSON
art by HOWARD PORTER, CHRISTIAN DUCE and SCOTT KOLINS
cover by HOWARD PORTER
variant cover by FRANCIS MANAPUL
“The Flash Year One” finale! This oversize anniversary issue marks the end of Barry Allen’s journey to become the Flash—but at what cost? The Turtle’s final play will challenge our hero in every way possible, and by the end of the battle, a Flash will be born—and a Flash will die!
Also in this issue, witness Lex Luthor’s offer to Captain Cold, whose icy vengeance waits for the Flash just around the corner…
ON SALE 07.24.19
$4.99 US | 48 PAGES
CARD STOCK VARIANT COVER $5.99
FC | RATED T
Posted By nwcomicgames at 6:21 AM