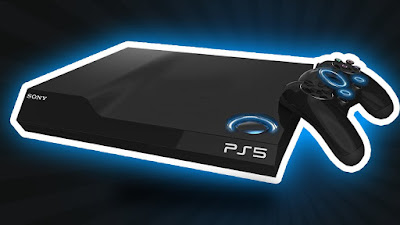 Today, Sony Interactive Entertainment announced that the PlayStation 5 won't be releasing for another 12 months, meaning, at the very earliest, it will arrive in May 2020. However, given that consoles tend to release during the holiday season means we probably won't be getting our hands on the next-gen Sony console until fall 2020. Sony's intent to not release the system within the next 12 months was revealed last night during the company's earnings call for the end of the financial year, which overall was a very, very healthy and strong year for the PlayStation makers. In fact, 2018 was Sony's most profitable year ever, which includes the whole company as well as its gaming division.

Unfortunately, while Sony has confirmed we won't be seeing the PS5 in the next 12 months, it didn't divulge any additional details over the system's release. For example, it still hasn't even confirmed it will ship in 2020 yet. There's also no word of how much it will cost.

If the console is indeed shipping in 2020, then we will presumably get a proper reveal either in the beginning of 2020 or late 2019. The latter could come during PSX, while the former could be similar to the PS4 reveal.

PlayStation 5 is currently without a release date, however, most reports and leaks and speculation put it in the fall 2020 window. It's also without a price-point, but Sony has said in light of its impressive specs, it will feature a price that's "appealing to gamers." For more news, media, rumors, and information on the upcoming console, be sure to peep our previous and extensive coverage of it by clicking right here. In the most recent and related news, one analyst believes the PS5 will cost $400 when it launches.
Posted By nwcomicgames at 7:06 AM