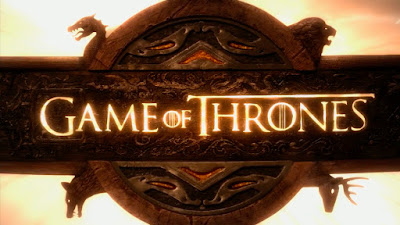 It's the final season of Game of Thrones, and being that tonight saw an episode before a huge battle, we received a bunch of revelations, reunions, and some shocking intimate moments. One of those came between Arya Stark and Gendry, two characters that have had a major bond ever since they met in the second season of the HBO TV series.

But the scene, the subject of many a fan-fiction stories on Tumblr, was also a bug surprise for longtime fans of the show because of Arya actress Maisie Williams (22), who was just 11 years old when the series began. A decade later, though, she participated in her first sex scene on Game of Thrones when Arya and Gendry made love.
Google Trends show how interest in Williams birthdate skyrocketed after the scene. This shouldn't be a surprise, because this is the Internet and it's a very disturbing place. It's also a seemingly natural reaction, as many fans have seen Williams grow up before their eyes on this show. And while violently and callously murdering people on a revenge list is one thing, an adult having sex is completely different when you remember said adult as a child.

Williams herself addressed the scene during an interview with Entertainment Weekly. She said she was comfortable filming it and supported it being included because of how it humanized Arya, the young killing machine, in a moment before all hell breaks loose.
"It was really interesting because it’s a very human relationship for Arya," Williams said. "This is something she’s stayed away from, an emotion we’ve never really seen her engage with. [Showrunners D.B. Weiss and David Benioff] were like, ‘It’s the end of the world, what else would you have her do?’ This may be a moment where Arya accepts death tomorrow, which she never does — ‘Not Today.’ So it was that moment where she says, ‘We’re probably going to die tomorrow, I want to know what this feels like before that happens.’ It’s interesting to see Arya be a bit more human, speak more normally about things people are scared of."
Posted By nwcomicgames at 6:14 AM