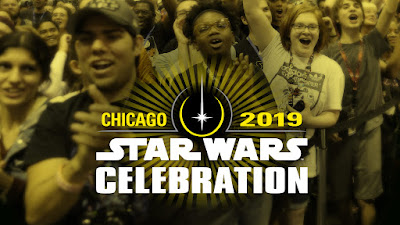 Following the debut of the first teaser trailer for the just-titled Star Wars: The Rise of Skywalker at Star Wars Celebration, actor Ian McDiarmid made an appearance onstage with the cast and crew of the film, fueling speculation that his longtime character Emperor Palpatine will return for the movie.

Adding to the likely evidence that Palpatine is returning are the brand new trailer's final moments, in which Luke Skywalker's voice says "No one is ever really gone" as Rey looks out over what appears to be the wreckage of the Death Star - followed by what sounds like Palpatine's distinctive sinister cackle.

McDiarmid portrayed Emperor Palpatine in Return of the Jedi as well as all three prequel films, and was retroactively inserted as Palpatine in the special edition release of The Empire Strikes Back. If confirmed, his return in The Rise of Skywalker would mark McDiarmid's sixth appearance on film as the character.

Palpatine was last seen in canonical chronology being cast into a pit by Darth Vader on the second Death Star before it was destroyed by Rebel forces at the end of Return of the Jedi.

Star Wars: The Rise of Skywalker is due out December 20.
Posted By nwcomicgames at 6:24 AM