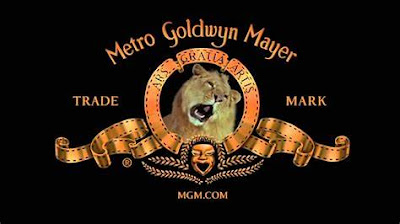 Metro-Goldwyn-Mayer Studios (MGM) has hired Avengers: Endgame directors Joe and Anthony Russo to be the "spiritual creative architects" of a studio-wide revamp of its core franchises, according to Deadline. MGM made the deal with the Russo's shingle AGBO, which also includes screenwriters Christopher Markus and Steven McFeely - who have written all four of the Russos' Marvel Studios films.

"This deal reflects the fundamental tenets upon which AGBO was built: a storytelling driven studio designed to develop and produce a complex array of narrative in an ever-evolving landscape," said Joe Russo. "Artist ownership is primary to our agenda, and we’ll be serving as partners on every film. It’s also an amazing opportunity for AGBO to work with MGM, which owns one of the greatest libraries in the world."

The Russos will begin with an updated take on The Thomas Crown Affair, which Michael B. Jordan has already signed on to star in. Other projects include an adaptation of the prose novel series The Rats of Nimh by Robert C. O'Brien, and an original film by Krysty Wilson-Cairns called Hacienda.

According to the Hollywood trade, this MGM/Russsos deal was "fueled" by the idea of the directors remaking classic MGM franchises such as The Pink Panther, Poltergeist, and It's A Mad Mad Mad Mad World.

"MGM is focused on partnering with Hollywood’s premiere talent to bring amazing stories to life. Our partnership with AGBO demonstrates MGM’s focus on creating alliances with today’s most innovative and premiere storytellers," said MGO COO Chris Brearton. "Joe and Anthony’s track record speaks for itself and we look forward to working with their team to bring new and exciting projects to life on the big and small screens."
Posted By nwcomicgames at 6:14 AM