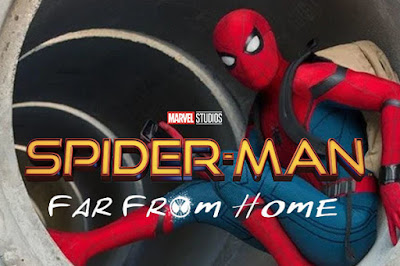 The North American release date for Spider-Man: Far From Home has been moved up three days to Tuesday, July 2. This strategic move puts it in theaters before the U.S. Independence Day holiday, and also one day ahead of A24's Midsommar. No other films are scheduled to open that week.

This change is reflected on Sony's website, but has yet to be updated on Marvel and ticket retailers' platforms.

"Our friendly neighborhood Super Hero decides to join his best friends Ned, MJ, and the rest of the gang on a European vacation," reads the film's official synopsis. "However, Peter’s plan to leave super heroics behind for a few weeks are quickly scrapped when he begrudgingly agrees to help Nick Fury uncover the mystery of several elemental creature attacks, creating havoc across the continent!"
Posted By nwcomicgames at 6:02 AM