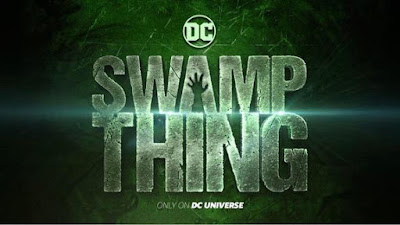 This isn't good  DC fans... as this was reported yesterday.

Production on DC Universe's Swamp Thing has unexpectedly shutdown as the show will be shortened, according to Wilmington, North Carolina's Star-News newspaper. According to several unnamed "sources within the local industry," Warner Bros. Television suspended work on the show Tuesday, April 16 and said the show was being re-written to end with episode 10. The series was announced as a 13-episode first season, to finish filming in May 2019.

According to the newspaper, Swamp Thing actor Virginia Madsen posted (but later deleted) a message on Instagram saying: "I’m beyond sad. What a terrible decision. We have been cut to the core by those who have never set foot into the Swamp. And despite the rule I am going to use the hashtag. #swampthing."

Star-News goes further, saying that the "currently in-production project is being shut down earlier than expected as its producer, Warner Bros., evaluates the future of its DC Universe streaming service".

Swamp Thing was filming in the North Carolina area due in part to a state grant. In the application the grant, Warner Bros. said it expected to spend around $85 million in the area for the first season. The show has been filming at Wilmmington's EUE/Screen Gems Studios lot.

Swamp Thing is announced to debut on the DC Universe streaming service May 31.
Posted By nwcomicgames at 6:07 AM