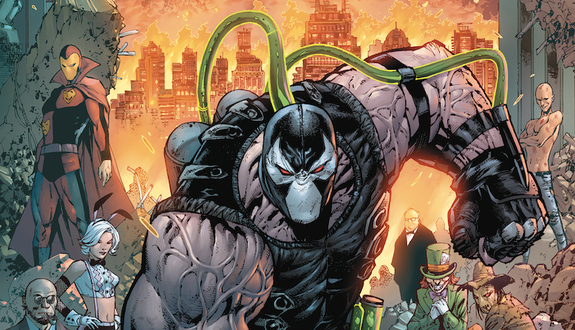 DC Fans and Batman Fans. As Tom King’s Batman builds toward this summer’s “City of Bane” event, the writer promises answers to the most pressing questions from the end of issue #50, which he calls the character’s lowest point.

Batman #75 will kick off “City of Bane” which features art by Tony Daniel, and King said the issue has the “the big, climactic moment” that will start to really turn things around for the character.

Before that moment comes, however, this week’s Batman #69 with artist Yanick Paquette finishes up the “Knightmares” story arc, which has revealed Batman’s greatest fear, according to King. And with the next story arc, readers will start learning more about Bane’s plan in “The Fall and The Fallen,” including how and why Flashpoint Batman has joined forces with Bane.

Are you excited for this big story?
Posted By nwcomicgames at 6:31 AM