Welcome as Northwest Comics & Games Presents Comic Book Fast Look for 05/29/2019 (2 Weeks Out) as we're taking a quick look at what's coming soon to comic book stores.  Thanks for reading! 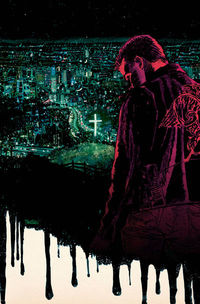 Angel #1 $3.99 Boom! Studios
Angel walks the line between two worlds; a vampire cursed with a soul, he's spent centuries battling back the forces that would destroy humanity, in an attempt to redeem himself for the crimes committed by the monster he was when he was first turned. But now, when the trail of the most recent demonic uprising takes him to Sunnydale, he realizes that the redemption he seeks can only come at a startling price. As Angel gets closer to redemption, the full truth of his horrific past as Angelus will be revealed-and there may be no way to escape his darkest secret of all. 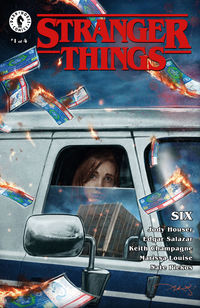 Stranger Things: SIX #1 $3.99 Dark Horse Comics
A teenage girl with precognitive abilities, has struggled through a lifetime of exploitation only to end up the pawn of a government agency that wants to harness her powers for its own ends. You've seen the show Stranger Things, but this is your first glimpse of the strangeness that happened before the series began! 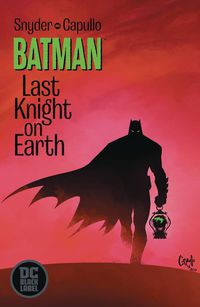 Bruce Wayne wakes up in Arkham Asylum. Young. Sane. And...he was never Batman. So begins this sprawling tale of the Dark Knight as he embarks on a quest through a devastated DC landscape featuring a massive cast of familiar faces from the DC Universe. As he tries to piece together the mystery of his past, he must unravel the cause of this terrible future and track down the unspeakable force that destroyed the world as he knew it... From the powerhouse creative team of writer Scott Snyder and artist Greg Capullo. Transformers #6 $3.99 IDW Publishing
All your favorite Transformers characters as you've never seen them before! Optimus takes the spotlight! Even a bot as wise as a leader of the Autobots needs guidance now and again, so Optimus turns to Codexa-a Cybertronian who has grown into the very planet itself. Will she help Optimus settle his problems with Megatron or will she lead them both to ruin? Transformers-now shipping twice monthly! 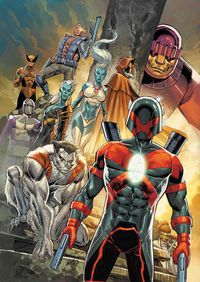 Major X #4 (of 6) $3.99 Marvel Comics
With the X-Istence threatened, Major X has no choice but to leap through time to save it. With a little help from Cable and Wolverine, can even the Major overcome the terrible threat of an infamous killer with the initials DP?