Northwest Comics & Games Presents Comic Book Pass Look for 05/15/2019 as we take one last look at what came out in comic book stores. 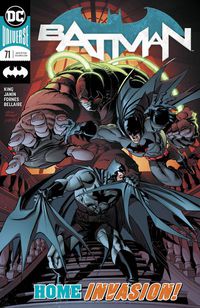 Batman #71 $3.99 DC Comics
'The Fall and the Fallen' continues! Will it be father and son working together, or tearing each other apart? When it comes to the Waynes, expect a little of both. In the quest to get Bruce Wayne to hang up the cape and cowl, Thomas Wayne is going to have to use a little tough love. Only, not all the muscle behind it will be his own. 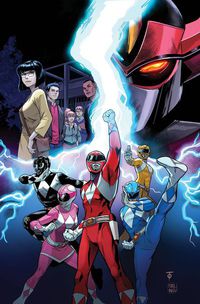 Go Go Power Rangers #20 $3.99 Boom! Studios
With Rita on the hunt and the students of Angel Grove High in danger, the Rangers are forced to make fast choices to protect their friends. With the clock ticking, Zach must decide whether he will listen to Zordon, or disobey direct orders if it means helping the others. 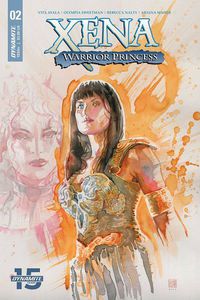 Xena Warrior Princess #2 $3.99 Dynamite Entertainment
'THE GRAND OLD ARMY': The epic journeys persist, courtesy of VITA AYALA (Shuri, Livewire, The Wilds) and OLYMPIA SWEETMAN! Xena and Gabrielle find themselves amidst a deadly quarrel between The God Of Strife and The God Of Discord! The only way to save a village of innocents is for Xena to agree to lead an army against an incoming Roman legion. But Xena's 'army' is comprised of...the village elders!? 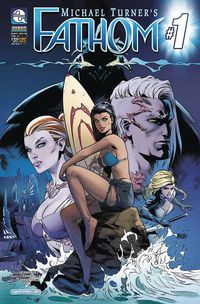 Fathom Vol 8 #1 $3.99 Aspen Comics
The world below is no longer a secret and everything has led to this... Aspen Matthews must restore the balance between both humans and The Blue as once again Fathom's preeminent villain, Killian, has returned to reclaim what he believes belongs to himself and his people! The stakes have never been higher as this volume returns Aspen's best-selling franchise for over 20 years to its roots, as Aspen must risk the fate of both worlds in order to stop Fathom's most dangerous foe! 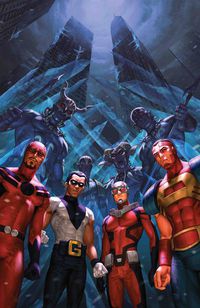 Giant Man #1 $3.99 Marvel Comics
WAR OF THE REALMS TIE-IN! ON THE SHOULDERS OF GIANTS! At the behest of All-Mother Freyja, four men must rise to monstrous heights and infiltrate the most savage territory of New Jotunheim: Florida!

Posted By nwcomicgames at 6:29 AM