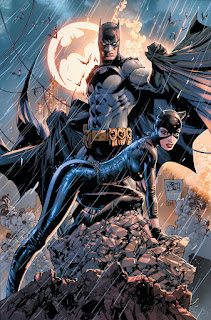 BATMAN #78
written by TOM KING
art by CLAY MANN
cover by TONY S. DANIEL
variant cover by CLAY MANN
In the first part of a “City of Bane” interlude, Batman receives help from an ally he thought he had lost for good: Catwoman! Still recovering from the beatings he took from Bane and Flashpoint Batman, the Dark Knight readies himself for a return to Gotham City, and it’s Selina Kyle who holds the key. She knows how Bane is fueling his regime, and she’ll help Batman shut down the supply line—but first she has to whip the battered hero into shape.
ON SALE 09.04.19
$3.99 US | 32 PAGES
FC | RATED T 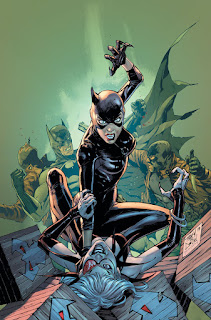 BATMAN #79
written by TOM KING
art by CLAY MANN
cover by TONY S. DANIEL
card stock variant cover by CLAY MANN
In the concluding chapter of the two-part “City of Bane” interlude, Batman and Catwoman pull a job to stop Bane’s supply ship from smuggling dangerous cargo into Gotham City. It’ll send a message back to the big guy that his reign of terror is soon to be over…but what does it also signal for the future of Bruce and Selina?
ON SALE 09.18.19
$3.99 US | 32 PAGES
CARD STOCK VARIANT COVER $4.99
FC | RATED T
Posted By nwcomicgames at 5:59 AM