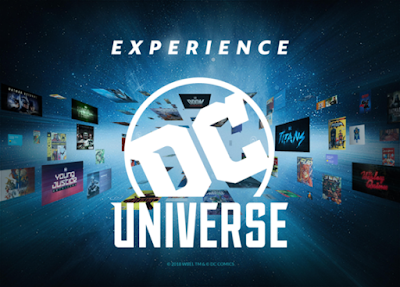 The DC Universe streaming service is being "reevaluated" as its parent company WarnerMedia is focusing on a larger, overall streaming platform, according to Deadline.

"There have been questions how DC Universe fits into those plans," writes Deadline's Co-Editor-in-Chief Nellie Andreeva, but doesn't say who is asking those questions.

This report comes as the just-launched Swamp Thing live-action television series was canceled only 6 days into its first season. The series was already under scrutiny, as partway through filming the studio had producers cut the first season from 13 episodes to 10.

Originally announced back in April 2017, the DC Universe streaming service launched 10 months ago. During that time however, AT&T acquired Time Warner and began a re-organization of the company's various divisions.

DC Universe is part of WarnerMedia's line-up of seperate, multiple streaming services based on content, such as Boomerang, CrunchyRoll, and HBO Go. In the past few months, reports of a new overall WarnerMedia streaming service with an estimated late 2019 launch date have surfaced.
Posted By nwcomicgames at 6:00 AM