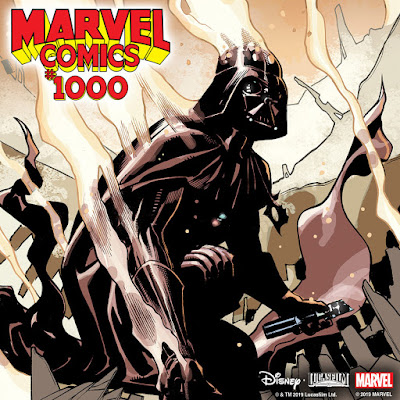 Happy Friday Comic Book Fans! Did you hear the news about Vader...… Well, here you go!

Darth Vader is leading the Star Wars franchise into August 26's Marvel Comics #1000 - just like he boarded the Tantive IV in the original Star Wars film. Writer Charles Soule and artist Terry Dodson, both veterans of Marvel's Star Wars titles, are working on a one-page story to be included in the 96-page anthology. It is unclear if this story would be in continuity with Marvel's comic universe or Star Wars' various continuities.
Posted By nwcomicgames at 6:22 AM