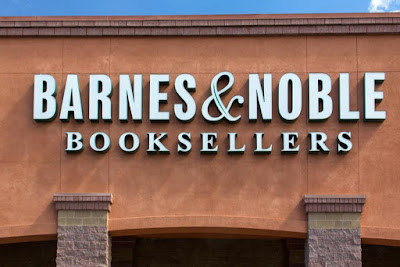 Elliott Management, a venture capital firm described as "activist investors", has reached a deal to purchase book retailer Barnes & Noble for $683 million, according to CNBC.

Elliott Management purchased British bookseller Waterstones in 2018. Elliott Management's current plans for Barnes & Noble reportedly include closing and relocating some of the chain's 600 locations in the United States, though the specifics of these plans have not been reported.

The purchase follows an extended period of downturn for Barnes & Noble, which has lost $1 billion in value over the last five years, including a 25% drop in stock value so far this year. However, since announcement of Elliott's agreement to purchase B&N, the retailer's stock value has risen by 10%.

According to CNBC, Elliott Management will operated Barnes & Noble and Waterstones (which has 283 stores in and around the United Kingdom) separately, though the purchase is described as a "merger." The deal is expected to close in the third quarter of this year.
Posted By nwcomicgames at 5:47 AM