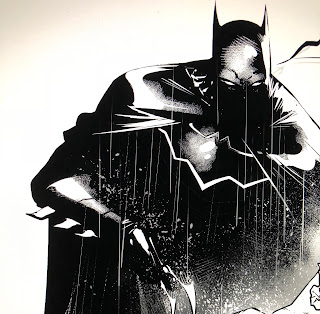 DC's Batman has been announced as one of the latest inductees into the Hollywood Chamber of Commerce's Walk of Fame for 2020.

"This year’s choices were particularly unique. We were able to recognize the talents of 35 artists who have already built a legacy here in Hollywood," said selection committee chairperson Vin Di Bona. "Also, we were able to celebrate many new talented artists who’ve touched our hearts in film, television, radio and a variety of musical categories."

Numerous fictional characters have received Stars on the Hollywood Walk of Fame. The first comic character to receive the honor was Peanuts' Snoopy, in 2015.

The date of Batman's Walk of Fame star ceremony has not been specified.
Posted By nwcomicgames at 6:03 AM