Monday's Headlines | Destroy All Humans Is Back! 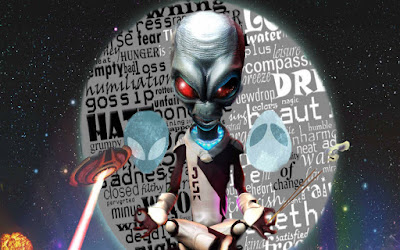 Last week THQ Nordic and Black Forest Games announced that the cult-classic game Destroy All Humans will be coming to the PlayStation 4, Xbox One, and PC next year. THQ Nordic has also confirmed the game is an exact remake of the 2005 original with updated graphics and other minor modernizations.

That having been said, fans of the game should have no qualms about grabbing the remake, because you know you're in for a good time. The game is up for pre-order on Amazon now for the PS4, Xbox One, and PC (no word on a Nintendo Switch port thus far). Screenshots on the product pages should give you a pretty good idea about what the game will look like with a fresh coat of paint.

Note that an official release date hasn't been announced, but if you pre-order you won't actually pay for the game until it ships. Plus, the game is only $39.99 on the PS4 / XBO and $29.99 for PC, and if any discounts happen between the time that your order and the release date, you'll automatically get them.

A trailer and official description for the game is available below.

"The cult-classic returns! Terrorize the people of 1950s Earth in the role of the evil alien Crypto-137," reads the game description. "Harvest their DNA and bring down the US government in the faithful remake of the legendary alien invasion action adventure. Annihilate puny humans using an assortment of alien weaponry and psychic abilities. Reduce their cities to rubble with your flying Saucer! One giant step on mankind!"
Posted By nwcomicgames at 6:03 AM