Stop the press and hold everything comic book fans, yesterday Marvel Comics tweeted out an apparent teaser image Sunday afternoon connecting Spider-Man and the numeral '4'. We have our theories, but first take a look: 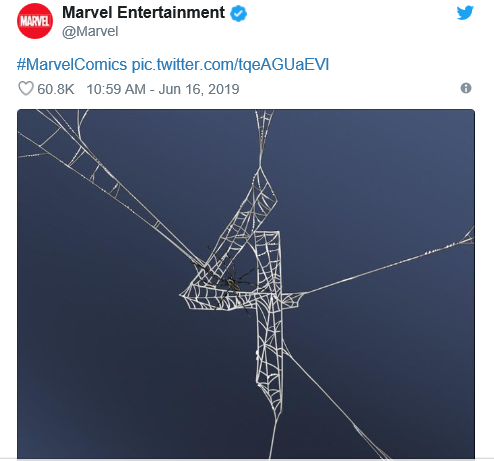 Given the hashtag "#MarvelComics", that would eliminate some fans' speculation that it would be Sam Raimi's fourth, unproduced Spider-Man film. While that would be interesting, it would seem to instead refer to the connection Spider-Man has had with the Fantastic Four. But you know we can't wait to see what happens!!!
Posted By nwcomicgames at 6:21 PM