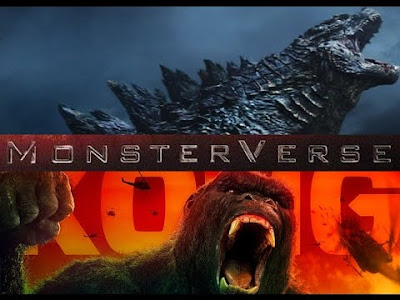 Godzilla: King of the Monsters didn't do so hot at the box office in its opening weekend, making $49 million domestically, some $5m to $10m shy of what industry insiders thought it'd end up making. The debut haul is by far the smallest opening in the MonsterVerse, behind the $93.2m Godzilla (2014) made and $61.03m behind Kong: Skull Island's opening weekend in 2017.

The most peculiar fact of this all is that King of the Monsters opened on the most screens out of the three MonsterVerse films to date against virtually no competition. Showing in at least 150 more theaters than both Godzilla and Skull Island, King of the Monsters barely squeaked by Aladdin in its second week, which ended up grossing $44 million.

Using previous MonsterVerse performances, it's pretty clear the Godzilla sequel will end up as the worst-performing film out of the bunch. Skull Island had the most legs of the three, finishing with a domestic multiplier of 2.75x; if King of the Monsters finished with that kind of legs, it'd end up grossing $134.8m stateside — substantially behind the totals of both Godzilla ($200.68m) and Kong: Skull Island ($168.05m).

Godzilla, on the other hand, finished its domestic release with a more attainable multiplier of 2.15x. If that's the case, King of the Monsters would end up making $105.40m in the United States, numbers that'd likely worry studio executives as the film cost a reported $200m to produce, not including a publicity and advertising budget.

It should be noted that the numbers listed above don't include any international numbers, and the movie does happen to be slightly better overseas. Using the bigger of the two multipliers, the film would still fall short of both movies, making $492.32m worldwide compared to $566.7m and $529.1m for Skull Island and Godzilla, respectively.
Posted By nwcomicgames at 6:34 AM