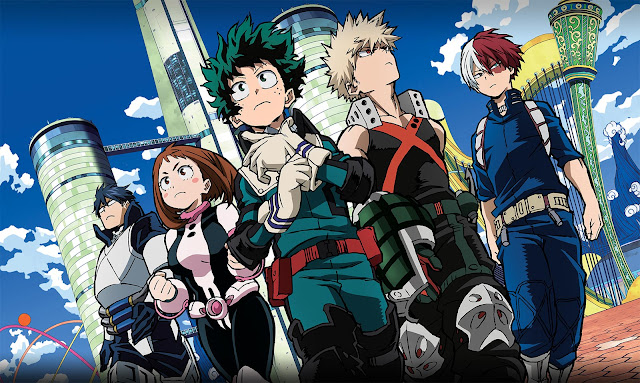 My Hero Academia is going to have just as big of a 2019 as it did 2018 as the series will be both coming back for a fourth season of the anime series and a brand new movie later this year. At the recent Hero Fes event in Japan, the series revealed that the next big movie in the franchise is officially titled My Hero Academia: Heroes Rising and is currently scheduled for a release this December in Japan.

Along with showing off the first poster for the new film, there were a few details teased about the upcoming movie. It turns out that this film could serve as a finale for the series as it features a scenario that series creator Kohei Horikoshi wanted to use in the manga's finale.

In an official statement released for the movie's official debut, series creator Kohei Horikoshi -- who will supervise the second film and contribute new character designs -- teased that Heroes Rising can be described as a "final chapter" for the My Hero Academia because it uses a concept he wanted to use for the finale in the original manga. Because of this, Horikoshi teases that this second film will be the last and that there "probably" won't be a third film.

But in that same vein, Horikoshi teases that the second film will be more "Plus Ultra" than the first film and additional details revealed that the entire Class 1-A line-up will be involved with the proceedings the second time around. This will be good news to fans as Two Heroes selected a smaller group of the young heroes and relegated the others to small cameos.
Posted By nwcomicgames at 7:52 AM