Pick of The Week | Wolverine and Captain America Weapon Plus #1 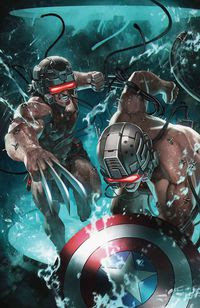 Wolverine and Captain America Weapon Plus #1 $4.99 Marvel Comics
THE SECRET HISTORY BEHIND THEIR ORIGINS REVEALED!

In 1940, scientists attempted to make a man into the perfect weapon, a Super-Soldier. They failed and made him a legend instead. Before the turn of the century, they tried again for the tenth time. They failed, making a man into death incarnate.

Posted By nwcomicgames at 8:10 AM