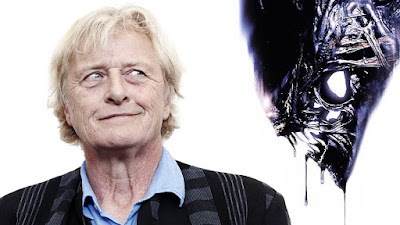 Yesterday, Actor Rutger Hauer has passed away at age 75, according to Variety. The Hollywood trade reports Hauer passed away July 19 in his home in the Netherlands, following an unspecified illness.

Hauer was best known for his role as Roy Batty, the leader of a group of renegade Replicants in Ridley Scott's Blade Runner. He also portrayed the key role of Earle in Batman Begins, as well as roles in Smallville, Sun City, Valerian and the City of a Thousand Planets, Dracula III: L, 1992's Buffy the Vampire Slayer, and more.

Hauer was an outspoken environmentalist and AIDS activist. He is survived by Ineke ten Cate, his wife of 50 years, and his daughter, actor Aysha Hauer.
Posted By nwcomicgames at 6:26 AM