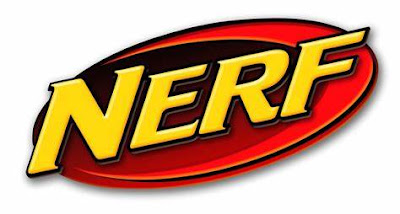 It's been almost a year to the day since Amazon last ran a big one day Gold Box sale on Nerf toys, so today's offering is a rare event indeed. If you're interested in picking up some Nerf blasters, crossbows, swords, and accessories, head on over to the sale and jump on the deals before end of the day today, August 19th. We've picked out a few of our favorites to help you get started:

Again, the Nerf deal is only good for today, August 19th, and it could be a year before you get another chance to pick up these toys up at prices this low. Take advantage of it while you can.
Posted By nwcomicgames at 6:11 AM