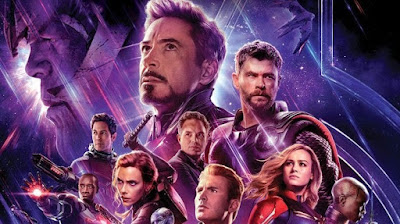 Note that 2-day shipping is free on orders of $35 or more (this awesome John Wick 3 exclusive 4K Blu-ray set would be a good choice to get over that mark). You can also can reserve a copy online for free store pickup. The list of Avengers: Endgame Blu-ray / Digital special features are as follows:

Remembering Stan Lee – Filmmakers and cast honor the great Stan Lee in a fond look back at his MCU movie cameos.

Black Widow: Whatever It Takes – Follow Black Widow’s journey both within and outside the Avengers, including the challenges she faced and overcame along the way.

The Russo Brothers: Journey to Endgame – See how Anthony and Joe Russo met the challenge of helming two of the biggest films in cinematic history … back-to-back!

The Women of the MCU – MCU women share what it was like to join forces for the first time in an epic battle scene — and be part of such a historic ensemble.

Bro Thor – His appearance has changed but his heroism remains! Go behind the scenes to see how Bro Thor was created.

Six Deleted Scenes – “Goji Berries,” “Bombs on Board,” “Suckiest Army in the Galaxy,” “You Used to Frickin’ Live Here,” “Tony and Howard” and “Avengers Take a Knee.”

Gag Reel – Laugh along with the cast in this epic collection of flubs, goofs and gaffes from set.
Visionary Intro – Intro by directors Joe and Anthony Russo.

Audio Commentary – Audio commentary by directors Anthony and Joe Russo, and writers Christopher Markus and Stephen McFeely.
Posted By nwcomicgames at 6:16 AM