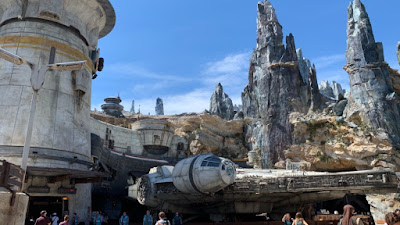 The hype surrounding the launch of the Star Wars: Galaxy's Edge expansion in Disneyland this summer couldn't have been any bigger, which is why it's so incredibly surprising to see that the new attraction hasn't been a massive hit. Disneyland attendance saw a decline last quarter, according to the recent Disney earnings call with CEO Bob Iger, and the opening of Galaxy's Edge hasn't helped.

In fact, it may actually be hurting the park just a bit, as people have decided to stay away entirely to avoid the crowds. That, coupled with some unfortunate blackout date decisions made by Disney Parks, has led to lower attendance, which means less hours for the employees that work there.

“Wait times this summer for the new Millennium Falcon: Smugglers Run ride were expected to be over 2 hours long all summer, but in reality, the lines have been averaging half that or less,” an employee, who remains anonymous, told Fox Business. "As a result, the company has been forced to cut our hours. The need for us to work simply isn't there."

“Our hours have been cut to as low as 30-35 hours some weeks, even though we have both worked for the park for years," they continued. "It makes life challenging when your paychecks Opens a New Window. get cut unexpectedly.

“I feel the problem is Star Wars took too long to build so they rushed the opening with only one cool feature. The only other big ride isn’t even scheduled to open until the end of the year,” the source added."

Fox Business reached out to Disney about the issue, and the company stated that full-time employees (Cast Members) are always in line for 30-40 hours per week, and the actual number can vary based on the park attendance and events.
Posted By nwcomicgames at 6:25 AM