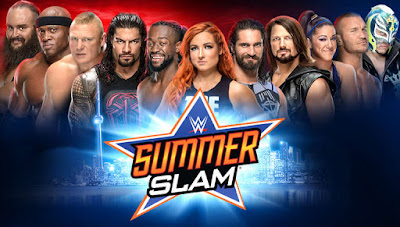 Below are quick results for this year’s WWE SummerSlam event:

*Kevin Owens def. Shane McMahon. Per the stipulation, Owens does not have to quit WWE.

*Seth Rollins def. Brock Lesnar to win the WWE Universal Championship
Posted By nwcomicgames at 6:37 AM