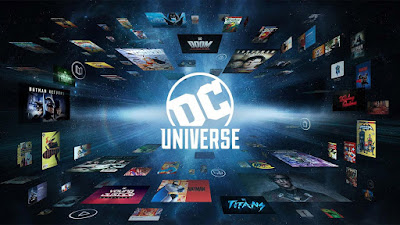 Several comic books, movies, and TV episodes are scheduled to be coming to the DC Universe streaming service this August.

On the comics front, over 100 new issues are scheduled to be added this month including Batman: Kings of Fear (August 27), the final chapters of Injustice 2 (August 27) and Batman: Sins of the Father (August 20). The Adventures of the Super Sons has already begun being added to the service.

On the TV/film front, the 2005 Constantine film starring Keanu Reeves has been added.

The second half of Young Justice: Outsiders is scheduled to air weekly, culminating in the 3-episode season finale on August 27.

On August 23, DC will add a HD remastered version of Batman Beyond season one to the streaming platform.

The lesser-known 1967 Aquaman TV show will be added August 16, with all 36 episodes remastered in HD.
Posted By nwcomicgames at 6:20 AM