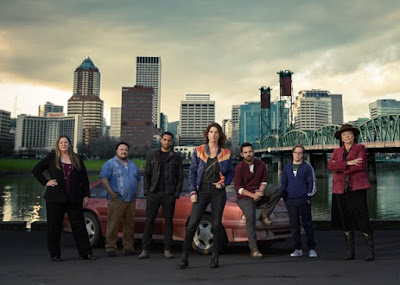 The series premiere of ABC's Stumptown was the second-highest-rated new series premiere this season so far behind Prodigal Son, according to Deadline. With live and live+3 days figures in, the Cobie Smulders-led series was watched by an estimated 7.91 million people since its Wednesday, September 25 debut.

According to Deadline, Stumptown's DVR viewing was especially strong - with the DVR numbers equal to the live numbers in the 18-49 demographic.

Stumptown airs Wednesdays on ABC.
Posted By nwcomicgames at 6:14 PM