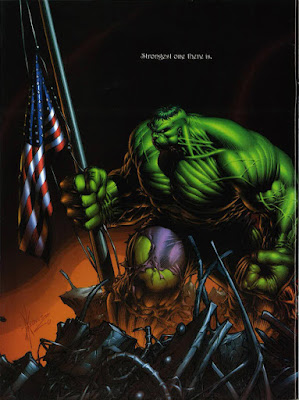 The September 11 attacks were a series of four coordinated terrorist attacks by the Islamic terrorist group al-Qaeda against the United States on the morning of Tuesday, September 11, 2001.

The attacks killed 2,996 people, injured over 6,000 others, and caused at least $10 billion in infrastructure and property damage. Additional people died of 9/11-related cancer and respiratory diseases in the months and years following the attacks.

Today, we here at Northwest Comics & Games what to take a minute to remember those brave men and women who lost their lives on that day.

We will never forget!

Never forget....
Posted By nwcomicgames at 6:10 AM