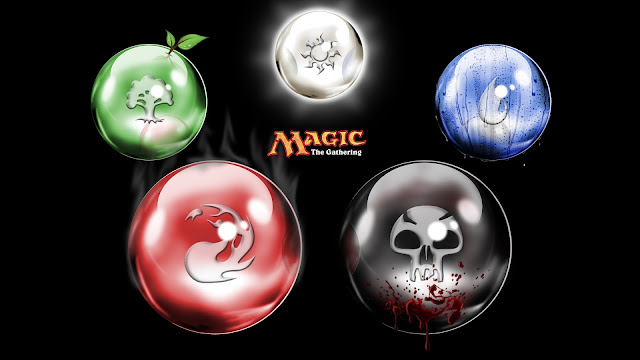 Rollin Bishop reports that Magic: The Gathering, the popular digital and physical card game from Wizards of the Coast, has announced the release dates for two sets that'll release in 2020. Theros: Beyond Death and Ikoria: Lair of Behemoths were both announced earlier this year, but other than a broad launch window and release order, not much had been known about either beyond some broad narrative bits from the initial announcement. Until now.

Specifically, according to Wizards of the Coast, the two upcoming sets Theros: Beyond Death and Ikoria: Lair of Behemoths will release on January 24, 2020 and April 24, 2020, respectively. Each will also have a pre-release event a week prior to officially releasing, which is typical for just about every single Magic: The Gathering set.
Posted By nwcomicgames at 6:05 AM