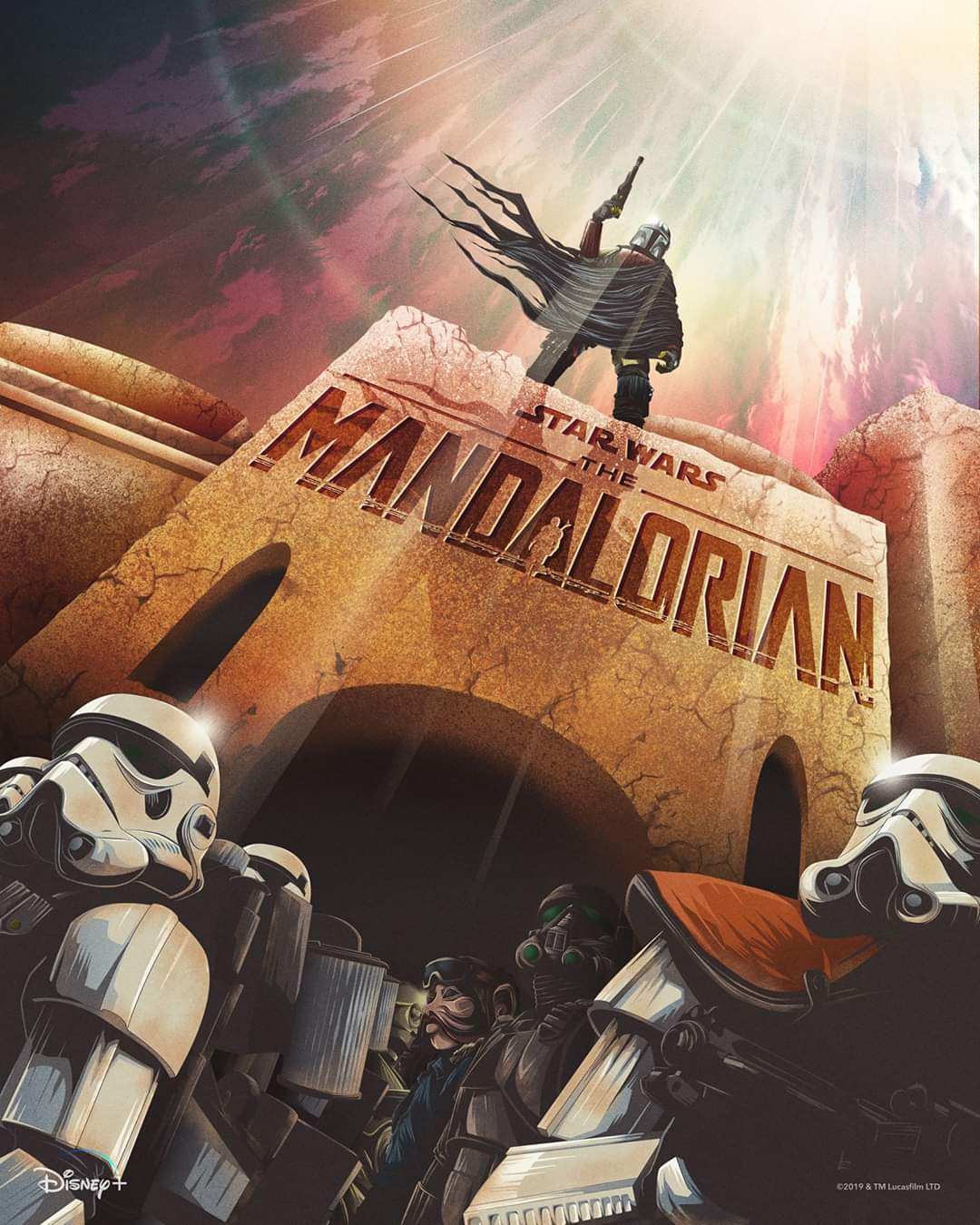 Greetings Star Wars fans! Man, the buzz for The Mandalorian is smoking the social networks right now. Disney + has a lot on the line with this series. Well, just crap and who gives a rip of the Marvel shows. We're all about the Star Wars new series and Star Wars the Clones Wars.
I was talking to a co-worker today about how long will each episode of the Mandalorian be and how long is the first season. Personally, I don't want (for example) 6 episodes and lasting 30 minutes. I want least 10 with 45 minutes. Kinda want to spread the season out. Now avoiding spoilers is always tough. Now, I say, just want you talk about the series without giving the series away.
Tonight, during the ESPN Monday Night Game the Seattle Seahawks and San Francisco 49ers game we get another sneak peak of The Mandalorian during halftime tonight.
Well, tomorrow we'll be watching and talking about the Mandalorian on Disney +. I hope we get some awesome entertainment from the series. Talk to you later Star Wars fans!
Posted By nwcomicgames at 5:17 PM