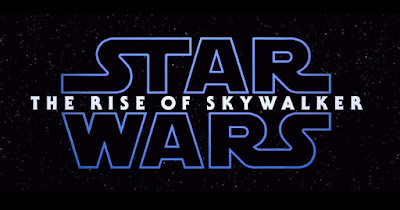 With Star Wars: The Rise of Skywalker bringing the Skywalker saga to a close, many are wondering how people will choose to remember the Sequel Trilogy. J.J. Abrams was recently asked by CinemaBlend about his thoughts on a possible special edition treatment for the three films somewhere down the line.

While that is firmly in the distance right now, it is fair game to ask about as the old footage from the first three films makes the rounds in promotional material for The Rise of Skywalker. Some day down the line we could see Daisy Ridley and John Boyega smiling and having fun on set in the same way we saw Harrison Ford, Mark Hamill, and Carrie Fisher in the special edition releases of the first trilogy. If you ask the director though, he’s pretty adamant that the future could hold any number of possibilities.

“I don't think so. I respect anyone who feels like they want to go back and adjust and add; I get that,” Abrams mused. “But I also feel like it's not the way I think about projects - which is to say I feel like you're done with a thing, and that's what it is. Maybe in 20 years I'll feel different, but I can't imagine feeling different about it.”

Agonizing on the ending is nothing new for Abrams as he told Entertainment Weekly that the question of how the conclusion will land lives with him all the time. Everyone involved in Star Wars has had the same concerns this entire time. But, now it is time to let it out into the world.

"Endings are the thing that scare me the most," Abrams told the publication. "This is about bringing this thing to a close in a way that is emotional and meaningful and also satisfying in terms of actually answering [as many] questions as possible,” he explained. “So if years from now, someone’s watching these movies, all nine of them, they’re watching a story that is as cohesive as possible."
Posted By nwcomicgames at 6:22 AM