Tuesday's Headlines | In Case You Missed It 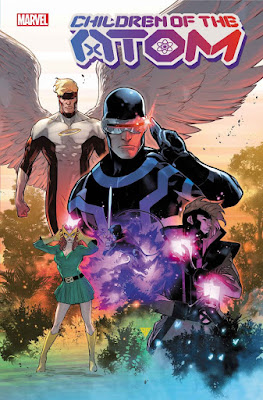 Last week, Marvel Comics has announced Children of the Atom, a new X-Men series of unspecified length set to debut in April.

Announced with only an image bearing the Children of the Atom title and a line-up of Cyclops, Angel, Marvel Girl, Gambit and Nightcrawler, the story's name is a classic X-Men term for mutants - and was previously used as the title for a 1999 series telling a revised of the team's origin story, as well as an early 90s arcade fighting game.

No further details about the series, including its creative team or premise, were revealed in the announcement.
Posted By nwcomicgames at 5:28 AM