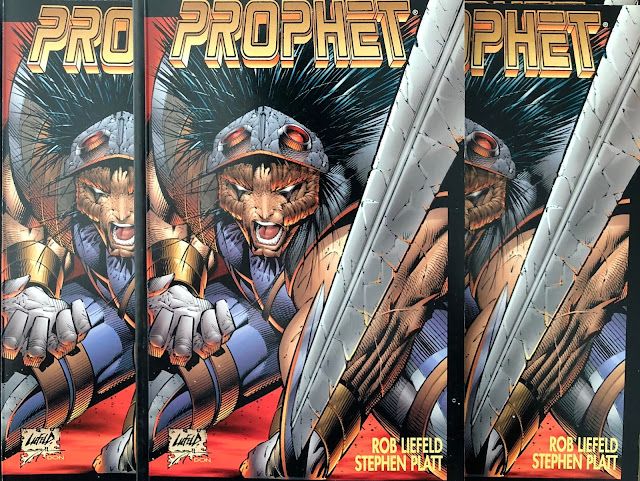 "Oh man, 2020 is going to really pick up steam for JOHN PROPHET!" Liefeld wrote. "His 50th issue is incoming and it is loaded with goodies! I read an outline for the feature film before the holidays and I’m thrilled at what’s in store. This one is full speed ahead! His 27th year will be his most exciting to date. Check back Monday for details!"

It's unclear how Liefeld came up with the Prophet title hitting the 50-issue mark. The last ongoing ended at #45 - but the story was continued in a seperate six-issue series.
Posted By nwcomicgames at 11:30 AM